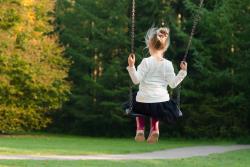 The Child Trust Fund in Great Britain is the first already implemented approach to providing basic funding for all young people. It closely resembles the basic inheritance. Unfortunately, it did not endure politically due to its flawed financing. For every child being born between January 2002 and January 2011, an account could be opened to be subsidized by the state with a maximum of £ 1000. Families and acquaintances can deposit up to £ 1200 per year into the account. The income from this account is tax-free. The deposited money can only be accessed when the child is of legal age and then only by the child. There is no fixed purpose for the money. The adult can decide for him or herself how best to use the money to make a living: either for his/her further training, for founding a company, for the purchase of real estate or simply to increase his/her capital in order to become independent and self-employed more quickly.

Thomas Paine as the founder of the idea

The original idea goes back to Thomas Paine. In the process of establishing the Child Trust Fund, which was initiated by the Labour Party in 2005, the focus shifted more and more away from a healthier distribution of wealth towards an educational measure for poor families, aiming to encourage them to save money as well as to impart knowledge about financial planning. This happened despite a clear Labour Party majority in parliament which made essential compromises unnecessary.
The successor is the "Junior Individual Savings Account". In this case, nothing is paid by the state. And the limit up to which annual deposits can be made has been raised to £ 3,600.

The consequences of the late change

The blurring of the basic idea and the later changes to the Child Trust Fund leave a stale aftertaste. Namely, they imply a development away from solidarity and equal opportunities to a schoolmasterly attitude towards impoverished families. This stale taste is moreover reinforced when considering the economic conditions in Great Britain – with London being the largest financial centre in the world – and the fact that poor families are thereby encouraged to use tax-free accounts to provide their money to the financial sector through buying shares or savings accounts. Nonetheless, this has led to an increasing willingness to save money and more long-term economic activity among broader social strata.

The government's payments were stopped on the grounds that those young people who benefit from the payments would later have to pay for the debt they incurred with the state.

Financing through inheritance tax would not involve such problems. 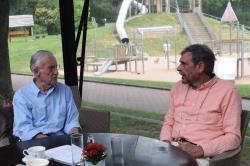