Opinions differ strongly on the question of whether capitalism, or rather the capitalist, is a blessing or a curse for people.

Some blame capitalism and capitalists for poverty in the world. Others show that capitalism has led to unprecedented wealth. After all, they say, it feeds a world population that has tripled in the last eighty years. What's right, is capitalism fair or foul? Since the answer is essential to an individual's life, it cannot be left to "experts".

Definitions by a layperson

In a market economy, market participants should be able to act freely within a legal framework. Everyone decides for himself about what he does on the market, i.e. about the production, the price and the consumption of goods. Through the interplay of supply and demand, the production and consumption of all goods and services are then regulated – ideally – to some extent automatically. If demand is high and supply small, the price usually rises and production follows suit. And vice versa. Money is the means of exchange with which the various mutual services of the market participants are offset against each other. Capitalism is a market economy with the product money, which is then called capital. The capitalist is concerned with the optimal use and increase of his capital. The capitalist receives a profit for the use of this capital – if it goes well – or an interest rate for lending. If things go badly, he loses his capital. Social market economy tries to protect dependent groups of people from competition through legislation (e.g. labour law) and to achieve a certain balance between economically successful and unsuccessful market participants through taxes and transfer payments (e.g. assistance for life).

Capitalism, the people and the Earth

In a free market economy, it is said, capitalists also enable prosperity for others by providing them with work and thus income. The accumulation of capital that capitalists seek drives economic development which can benefit everyone. Every major product, every house, every car, every job requires accumulated capital for its manufacture. The positive ideal of capitalism (and the market economy anyway), which is seldomly heard, is: The persons who send their capital and their forces into the market to where they are best rewarded automatically send them to where they create the greatest benefit for others. The fact that this ideal is partially perverted tarnishes the ideal without nullifying it. The functioning of the market, i.e. the interplay between supply and demand, reaches its limits above all when the market participants are not free in their actions. This is the case, for example, when monopolies are formed: Concentrations of market shares and capital, or when there is physically threatening poverty. But the very fact that the market does work in principle is shared by entrepreneurs’ daily experiences. We all see that people in a market system, if the conditions are reasonably fair, produce wealth without end.

It cannot be overlooked that the Earth is suffering from the people and their economy. The market as an isolated abstract principle, both in terms of the movement of goods and capital, does not take anyone or anything into account. If each of us solely makes our decisions based on what ostensibly benefits him or her privately, especially financially, then this short-sightedness quickly becomes dangerous for Mother Earth. Fortunately, we do not do this so consistently, be it out of insight, inability or simply out of disinterest in a high account balance. The question asked at the beginning of whether capitalism is good or bad is answered quickly: It is as good or as bad as we are – the creators of the market, the producers, traders, capitalists and consumers. And that is actually appropriate; shouldn't it be exactly like this, the Earth being in the responsibility of the adult human? In the personal responsibility of every person? Isn't that exactly what the ideal of human existence is? The only problem is that the undiscerning might destroy the livelihoods of others. This is where the discussion has to begin and the free market economy has to find its limits. 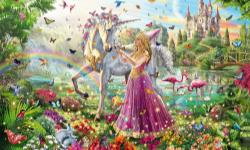 Capital can be something wonderful.

When used sensibly, capital is practically self-increasing; it's like the gold-ass from the fairy tale. For those who have accumulated enough of it, it could be the salvation, at least from unpleasant work and economic worries. Adam, as the seer Hildegard von Bingen wrote 800 years ago, lived in paradise on his property. He "shone" and had great knowledge of all things and beings. And he only had this knowledge – which sounds amazing at first – because he wasn't working at all! A seer from the Middle Ages may not be an argument in today's discussion, but if we pause for a moment to examine why we are working, then it seems logical: Isn't it ultimately the goal of all economic activity, research and work to make life easier and to eventually overcome the need to work? To subsequently subsist on our property in inner peace with the knowledge of (and respect for) all beings and things? In any case, the term "working class" does not appear in Hildegard's exhibition of paradise. But the term property does, and her writings clearly express a mutual love relationship.

However, today's paradise of capitalism has at least one serious flaw. Few are getting richer, while most in the developed countries are getting poorer, even if they haven't all realized this. The current concentration of wealth on the few is barely inferior to the concentration of power in feudal times. At a certain level of concentration, there is not much to be seen of great knowledge and respect for things and beings, and a mutual love relationship between owner and property. From a global perspective, inequality is even greater than in Germany, resulting in capitalism becoming a life-threatening, even fatal catastrophe for many people. A paradise in which not all residents are "Paradisians" is yet an inner contradiction. It is not one to anyone, there is no doubt about it.

Capital accumulates most easily at those who already have it, that is what interest does. It is also hardly avoidable and makes sense because it is the price and thus the control for the capital employed. What capital does, and almost without interest, can currently be observed – as an example – in real estate prices. The interest rate is not fundamentally reprehensible either. Ideally, interest is what my property, including my capital, gives back to me for my attention and care. The owner who has acquired capital through useful work and skilful management is usually not the problem either. On the contrary: Anyone who accumulates capital in order to do something bigger with it and to live on it in old age is more of a blessing for the economy. The real problems that capitalism poses to society arise when the accumulation of the same capital stock continues over generations. That is, when the descendants of a family clan with inherited fortune that they have not earned themselves are given a huge lead over their fellow beings. Precisely, the real problem arises when the market doesn't work because the starting and participation conditions in the market are brutally different for people. 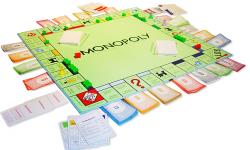 Because the market is also a monopoly game, but unfortunately not a fair one today.

One of the assumed ten players claims right at the beginning by inheritance law well over half of all play money and all streets and houses. That alone would make it a perverse game, but above all it is a perverse game because it is not a game at all, but serious, and because the other nine players cannot be eliminated unless they have left their lives.

On the other hand, the option of socialising capital, i.e. the expropriation of everyone under communism, has meanwhile been extensively tested and apparently found to be unsuitable for people. I assume that wherever people are free to choose today, they will choose some form of ownership and, at least in the medium term, a market system. Because it quickly becomes clear that the planned economy, i.e. the "artificial" capital management being necessary in the case of nationalization, is a spasm. Today, it seems as if there was no alternative to the concentration of capital on only a few which our economic system now entails. It seems as if we have to accept capitalism, with all its anti-social consequences, out of necessity as inevitable. 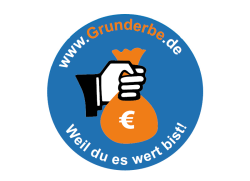 Is there even anything we can do?

Yes. What we can do is simple, it is cheap in every sense of the word, it is easy to explain, it is measured and reasonable:

We can create fair, asset-based starting conditions for every young adult in our society; exactly when they enter the market.

We owe that even to the prevailing liberal economic system. According to Friedrich von Hayek, an advocate of an uncompromisingly liberal market economy, the "justice of the rule of law" is decisive for the functioning of a liberal system. According to Hayek, the requirement that "the conditions or the rules of the game by which the relative positions of the different people are determined to be fair", as well as the struggle "against all discrimination" is the "essential characteristic of liberal tradition". I know that Mr Hayek did not have inheritance law in mind here, but it should be clear to any reasonable person that in practice it makes no difference whether a market participant is privileged by the state, the laws or by a testator.

There may be no alternative to capitalism, in contrast to the inequality of opportunity in our current system. The linkages between a free, performance-based economic system with a completely contradicting inheritance system of medieval origins is the catastrophe of our times, not capitalism or the market economy itself. We ought to succeeded in making today's enormous concentration of property in our world accessable to the general public after the demise of its owners. Safe to say, we will then experience a blessing and an explosion of creativity – not only in economic terms. However, if we fail to implement a certain compensation for inheritance in our system, capitalism will be suffocated on itself or cause another catastrophe. When a Monopoly player has collected the whole street and all the money, the game is over for everyone else. But also for him or herself.

We need a modern inheritance law that reintroduces an appropriate share of those assets being continuously freed up through death into a broad wealth building process of the population. Effectively, this can only be guaranteed through an inheritance compensation fund and a legal general basic inheritance for everyone. This recirculation is the way in which the estates of successful fellow humans, after their death, would not cause harm to any individual for the benefit of all individuals.

We urgently need to rebuild our real monopoly: from a final winner game, which is necessarily leading to a crash now and again and then requiring a restart, to a recirculating development game in which everyone wins in case it goes well. We should also be aware that an economic crash could quickly take on a military aspect. Today, it could easily turn out in a way that a new start would no longer be possible for mankind. 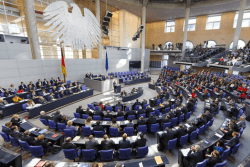 Thomas Paine, one of the founding fathers of the USA, wrote "agrarian justice" in 1897.

learn more...
What is basic inheritance?
Blog posts
That's how we implement it!