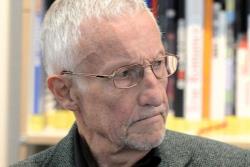 Guy Kirsch, professor emeritus of economics, dropped a small bomb at the end of his career as an economist.

At the "Munich Seminars", a series of events organized by the Ifo Institute for Economic Research and Süddeutsche Zeitung (SZ), he committed himself to a 100 % inheritance tax which is to be used as an inheritance for all young adults. This is the consequence of his "individualistic-liberal" attitude, which admits the same chance to every individual. He denies the ancestors, or the "dead" as he says, the right to decide on the economic position of the living people to each other.

It's a matter of levels. With his proposal, Guy Kirsch pulls an abstract, logical and undoubtedly correct argument down from an idealistic level to the level of real existence. That is unreservedly courageous and commendable. However, one must be aware that this can only be one of many arguments in the political discussion. Accordingly, Mr Kirsch understands this approach primarily as a basis for an open-ended discussion. He can also imagine that the discussion will not change anything and that the relevant social forces will confirm today's family-related inheritance law. But then, he says quite rightly, one shouldn't call this inheritance law or the economically largely based society a liberal society. He also warns that if the problem of inequality is not resolved, this society can quickly become unstable.

We believe that if this provocative demand from Guy Kirsch is to have a lasting effect, it must be followed by a moderate, practicable proposal for inheritance law. A proposal that incorporates the ideal principle of equal opportunities that he brought into the discussion into a process that large sections of the population can accept and go along with. With the basic inheritance we submit this proposal. In the further course of our work we will underpin this claim with practical action and testing.

To the press report about the lecture by Professor Guy Kirsch (in German):
http://www.sueddeutsche.de/wirtschaft/guy-kirsch-oekonom-fordert-prozent-erbschaftsteuer-1.2835005